Please find below learning packs for Owls children during the school closure period.

Please work through the packs in order. A new one will be added at the start of each week.

For any questions or support, please do not hesitate to contact Mr Smith at: owls@sutton-st-james.lincs.sch.uk

Once again we had an action packed term once we got back after the Christmas holidays. We started our new topic subject which was all to do with Ancient Egypt.

We have learned so much in Maths this last term, we enhanced our knowledge on graphs, angles and our basic four operation. We then culminated our skills into a super treasure hunt around the school. We used our skills in following grid references and turning in angles to solve the riddles and find the secret treasure inside the long hidden tomb of the Pharaoh Richardsofuful!

With our topic related to ancient Egypt, our main focus this term was to write a formal letter of complaint to Pharaoh Rameses II, for his horrible treatment of the Hebrew slaves. We used the brilliant musical film Prince of Egypt as our inspiration. We advanced our sentence skills with conjunctions to extend them and we used that to do the very best in our letters. The letters of complaint were full of high level vocabulary, conjunctions and reasonable points of argument.

We learned a huge amount about the ancient Egyptians this term for our topic. We learned the basics of making the famed pyramids, the discovery of Tutankhamun's tomb and we wrote messages in hieroglyphics. We finished our term of history a talent show where the children showcased their talents as the ancient Egyptian Gods and Goddesses.

We focussed our learning on Judaism this term. We learned about the importance of Jerusalem and the Western wall. We learned about specific items and areas of a Synagogue and important festivals such as Passover.

Take a peek at the treats in store for Owls in Term 3 and 4!

We returned after a short break ready to get right back onto our learning and to have more fun doing so.

This term, we learned more about division, multiplication. We also moved onto statistics and 3d shapes. We had a fun lesson where we put together various 3d shapes based on net designs. This helped improve our understanding of 3d shapes and we then identified how many faces, edges and vertices those shapes had.

We returned to volcanoes for our D.T. task. We worked in pairs to build our very own volcanoes out of using paper mache. We then painted those volcanoes to help make them look realistic. We utilised our knowledge on what volcanoes normally look like and our team work skills to create a brilliant and accurate model.

As part of our learning in R.E. we were very fortunate to go to a Hindu temple to experience another type of religious service. We got to witness a morning prayer service and was able to look around at all the beautiful statues that represented the various Gods and Goddesses. The children learned a lot from the volunteers at the temple. After that excitement, it was followed by even more as we went to visit the main library. Again the children learned more about the building and how to find and loan books. They were very enthusiastic and many even wanted to become members of the library to borrow books. The children especially enjoyed the super challenging library treasure hunt that Mr Richardson had put together for them.

In art, we learned about the talented artist Archimboldo. He was unique as he painted portraits of people using fruits, vegetables and other objects related to the seasons to create his subject's face and shoulders. This was a fun challenge for the children who had to really think what type of objects they would need to create a sketch of their partner in this particular style. They had to make sure it was detailed enough so we could tell what they had used. We had some fantastic results!

For our D.T. challenge day, our school had to build their own boats which would then have to hold as many cubes as possible in water. We had basic materials to use such as paper, tape and string. There were a lot of various designs that were put to the test. In the end, we had a winner whose boat held a whopping 124 cubes! What a great and challenging day.

In science this term, we learned about kinetic forces. We particularly looked at how friction works. We learned what friction means and then we put it into practice with a fun experiment. Using our knowledge, we predicted what items on a ramp would cause the most friction and the least, then we placed the ramp at certain angles and pushed a toy tractor down the ramps, we recorded the height of the ramps when the tractor began to roll down. We then compared the results to our predictions.

With our topic being linked by Extreme Earth, we connected our History and Geography with a focus on Volcanoes and the city of Pompeii in Ancient Rome. We studied what actually creates Volcanoes and how often they occur, we then learned what exactly happened on the day MT Vesuvius erupted. We used our knwoledge on how volcanoes are formed to explain the 'rumblings' of Pompeii before it was destroyed and how people may believe it was somesupernatural force without any knowledge on volcanoes or their inner workings.

Towards the end of term, the whole school celebrated Harvest time by holding a performance festival at the community centre. Our class put on a performed reading of Squeak's Harvest. A fun short story about a field mouse who moves home and finds a harvest festival where he learns the meaning of love and being thankful. We had some volunteers perform as our excellent readers while the rest of the class did amazing jobs at performing as the characters of the story.

Take a look at what Owls class will be learning about this term! (Term 1 & 2)

Take a look at what Owls will be learning about this term!

Discovering ancient objects in the museum.

After the October half term, we returned to school ready and excited to learn! We experienced and learned lots of new things this term, take a look below to see what we have done.

The Museum of Archaeology and Anthropology

On Thursday 22nd November, Owls class were lucky enough to go on an adventure all the way to Cambridge to visit the Museum of Archaeology and Anthropology. On this visit we learned all about the Stone Age, Iron Age and Bronze Age. The children used their senses to explore the sounds, sights and smells of the past. By handling ancient objects and using the museums multisensory bags, pupils were challenged with identifying which era certain objects were from and thought about similarities and differences between then and now. 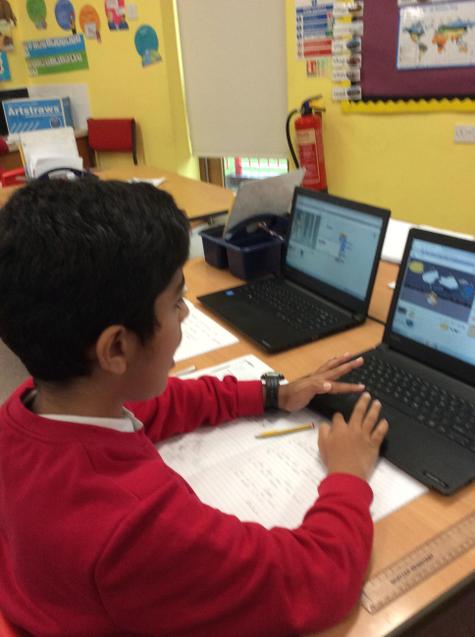 We have been learning lots of new skills during our ICT lessons this term. We have been using the laptops to design, write and debug their very own programs. We were given challenges to design a character and make the character move from point A to B by writing an algorithm. Along the way we found some errors in our algorithms, so we paired up and assisted one another in debugging the instructions. In the end we had some fantastic characters who were completing some difficult journeys across our laptop screens, all thanks to the children's excellent algorithms! 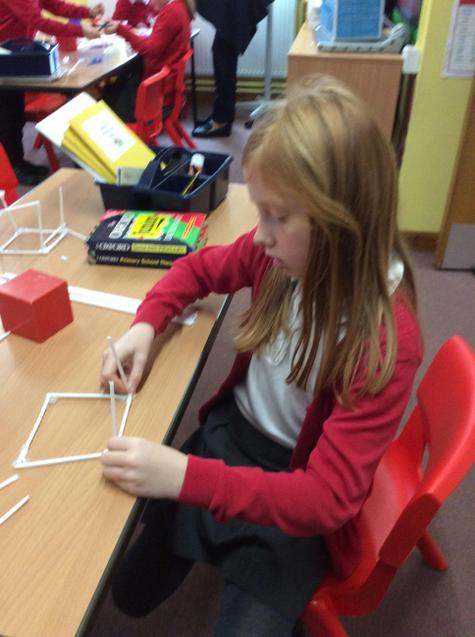 In Maths, we have been having lots of fun during our learning. At 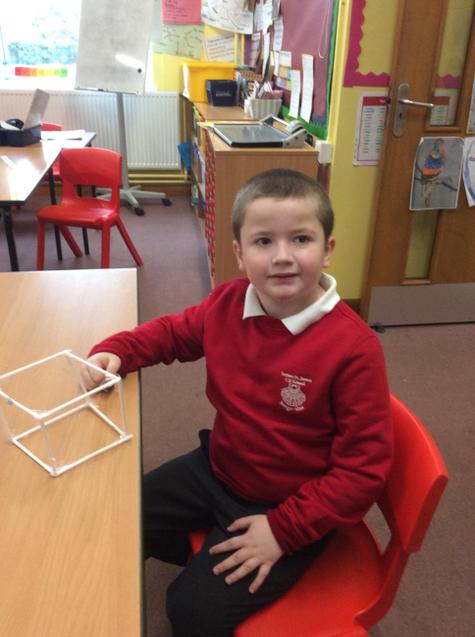 the start of the term we were looking at shapes, not only did we have to identify different shapes, whether they were 2D or 3D, their properties and see if we could spot any around the school, we had to make our own 3D shapes! During the term we also had a look a measuring and comparing lots of different things such as weight, capacity and mass. We had a very practical lesson where we had to estimate then measure different amounts of liquid and the capacity of different instruments used to hold liquid.

This term saw Anti-Bullying week at school, and we were

all invited to wear odd 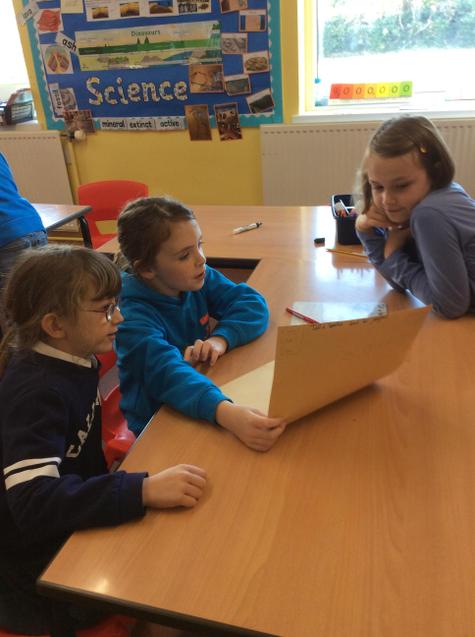 socks (outside of our trousers). As part of an English class, Owls created an Anti-Bullying Rap. We considered and used all of the different features of a rap, each group managed to make every line rhyme! It was a very fun afternoon and it allowed us to discuss different ways that we can stop bullying, what to do and how to ensure that all children play happily every day.

A School Day Out!

On Wednesday 19th September, Owls and Herons went on an adventure to Peterborough. We were very lucky because we got invited into both a Mosque and a Cathedral.

In the Mosque we saw a beautiful  chandelier and were taught lots of fantastic information about the Muslim religion. We discovered that they pray 5 times a day, and have 5 rules they live by, known as the 5 Pillars. When we left the Mosque we were treated to a packet of crisps and a drink to say thank you for coming, they were very yummy!

Later that day we went to the Cathedral where we stood in amazement looking up at
Tim Peake's Spacecraft show. We saw the real Soyuz spacecraft, parachute and spacesuit that he wore and used up in space. It was very exciting and we learned lots of facts!

Here we are before we entered the Cathedral.

We are lucky enough as a school to, each year, partake in a DT Day. The children love the DT days as it allows them to explore and be as creative as they can! This year, we made our very own kites. 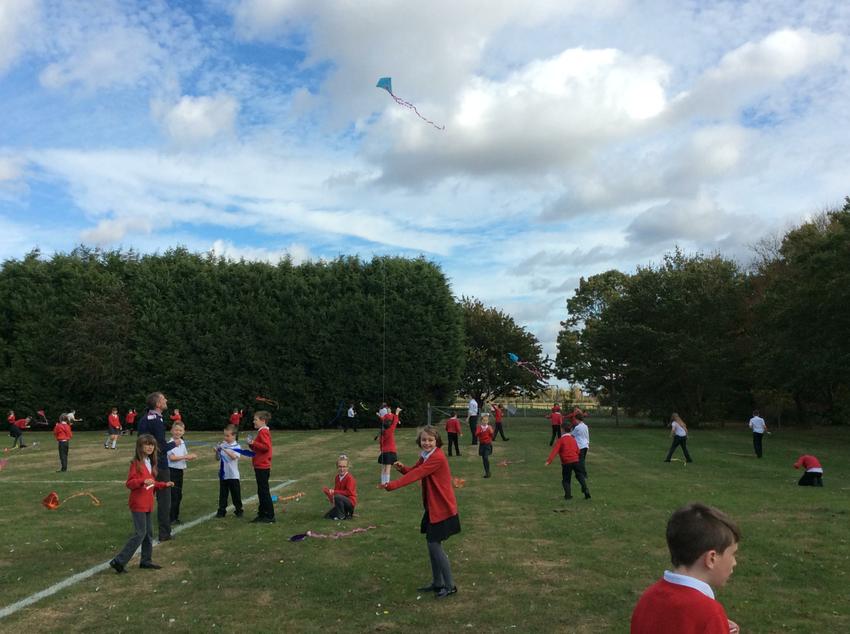 We spent the morning creating and decorating our kites. Once we had done this, everyone in school went outside to the school field and flew their kite. Unfortunately some of the kite strings got very tangled, however after a quick reconstruction of the kites, they were back up and flying. It was a fantastic day, and one we will remember for a very long time!

In Owls class this term, our work has been influenced by the Stone Age, Bronze Age and Iron Age. We have done lots of learning, and thought a lot about how Britain changed through these different eras. During one of our lessons, we all became Neolithic hunter-gatherers and we were all SO hungry! 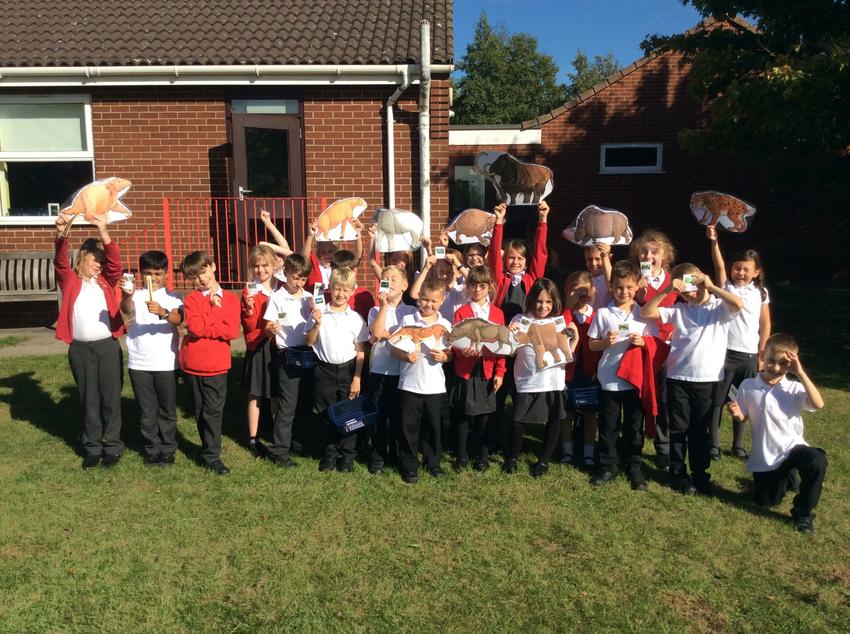 We had to go round the school, playground and field to investigate and locate some food!  The hunter-gatherers used their tools to either catch animals or find berries or nuts. After all of this food, we we not so hungry anymore! It was a very interesting food, as we had to think about how much time, energy and planning had to go into the hunter-gatherers getting food.

ne Age to Iron Age topic. We have been carefully designing, creating and decorating jewellery from these eras. We very carefully created a blue print for our

jewellery, considering the materials, size and colour scheme we were going to use. After that we created our beads using clay or pasta, we then painted the jewellery and constructed it.

Have a look at what Owls will be covering this term.